From January 2019, PECS will be jointly hosted by the Centre for Complex Systems in Transition (CST) at Stellenbosch University in South Africa, and the Stockholm Resilience Centre at Stockholm University in Sweden (SRC). PECS is a Future Earth core project which aims to integrate research on the stewardship of social-ecological systems, the services they generate, and the relationships among biodiversity, ecosystems, human wellbeing, livelihoods, inequality and poverty.

The CST has a longstanding and close collaboration with the SRC, and is an obvious choice as an additional regional node to broaden the networks and reach of PECS. The new secretariat node at CST will operate in close coordination with the SRC. The CST will host the science coordination role of PECS, including organising the science committee meetings, special issues, workshops and other meetings aimed at facilitating and advancing social-ecological systems research around the world. The SRC will continue to host the communications aspects of PECS. 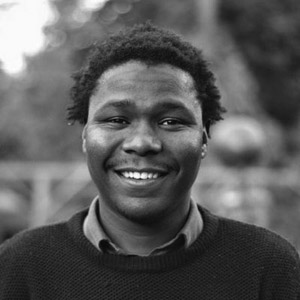 Dr Odirilwe (Odi) Selomane is the new Director of PECS.

PECS is also changing its leadership and has a new director, Dr Odirilwe (Odi) Selomane. Odirilwe has been deeply involved with the Southern African Programme on Ecosystems and Society (SAPECS), a regional network of the PECS programme hosted by CST. Odi will divide his time between the Stockholm Resilience Centre in Sweden and the CST in Stellenbosch and will be based at the CST from July this year.

The proposed office will be advised by and work closely with Prof Reinette (Oonsie) Biggs, the new co-chair of PECS, and also the co-initiator and coordinator of The Southern African Program on Ecosystem Change and Society (SAPECS), one of the key regional programs of PECS. The other co-chair of PECS is Prof Berta Martín-López, based in the Faculty of Sustainability at Leuphana University in Lüneberg, Germany.

“An office in South Africa will powerfully complement the networks covered by the SRC, and will also help leverage the work of SAPECS into the global PECS network. We are excited by this opportunity,” said Biggs.